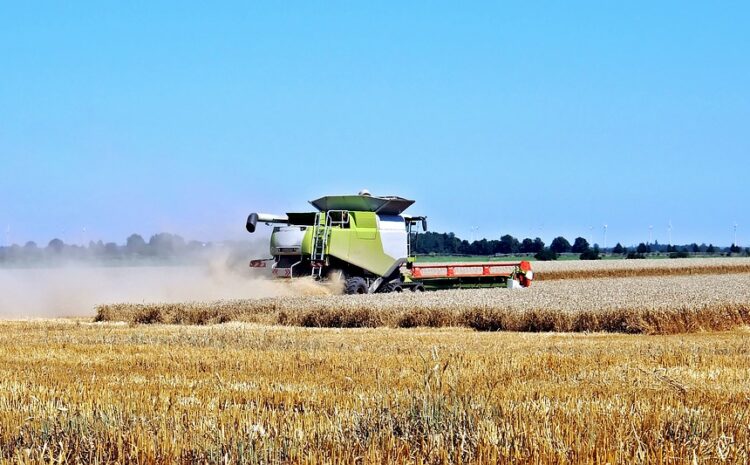 According to the results of the current year, agricultural producers of the region threshed 1️⃣, 0️⃣2️⃣ million tons of early cereals and legumes, with an average yield of 3️⃣, 9️⃣5️⃣ t / ha.
According to the Department of Agriculture of the Volyn Regional State Administration, the gross harvest of winter wheat amounted to 681.2 thousand tons, the average crop yield – 4.76 t / ha.
In addition, in terms of crops collected:
• spring wheat – 58.2 thousand tons;
• winter rye – 50.7 thousand tons;
• spring barley – 106.3 thousand tons;
• oats – 81.4 thousand tons.
Currently, the region’s farmers are completing the sowing of winter rape. According to the latest data, more than 30,000 hectares have been sown with the crop (85% of the forecast).
Interestingly, this thing in Volyn in the harvest was attended by a combine harvester, which set a world record.
This is stated on the website AgroTimes.
The New Holland CR10.90 has set a record that no other machine has surpassed in 7 years, harvesting 797,656 tonnes of wheat in less than 8 hours. The maximum power of the New Holland CR10.90 combine makes 680 hp, capacity of the grain bunker – 14500 l.
The unit is equipped with the Twin Rotor threshing system.
The corn header can have from 8 to 12 rows.
Grain harvesters have a working width of 6.1 to 10.67 m.